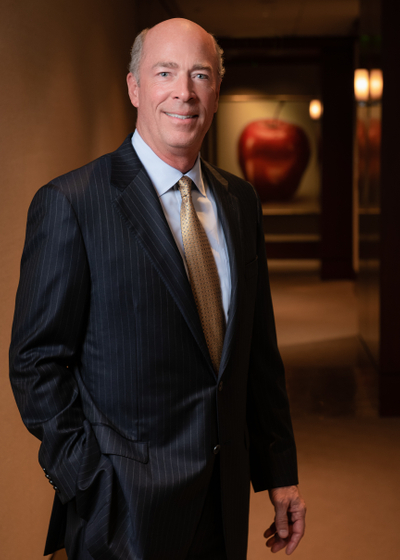 Cary McNair is CEO of McNair Interests, a private investment and management company headquartered in Houston, Texas focused on transformative real estate projects, breakthrough medical discoveries and disciplined investments. He is responsible for the corporate strategy that guides business operations and the company’s investment portfolio including the acquisition and development of high-yield assets. McNair leads a formidable team of executives and professional staff in accelerating business growth and value.

His early years were spent along the Gulf Coast in petrochemical transportation and commercial real estate brokerage. In 1986, he joined Cogen Technologies Inc. as a financial analyst and leveraged his business and real estate acumen to help propel Cogen into the largest independent cogeneration company in the world. After his promotion to vice president in 1993, McNair managed efforts for expanding Cogen’s footprint in the Americas.

In 1998, following his retirement from Cogen, McNair founded Bulwark Films, an independent movie production and distribution company based in Austin, TX. After establishing a satellite office in Los Angeles in 2002, he co-produced and released “Killer Diller,” an independent film that was awarded a highly coveted “Two Thumbs Up” by acclaimed movie critics, “At the Movies with Ebert and Roeper.” Then in 2006 “Griffin and Phoenix” was released starring Dermott Mulroney and Amanda Peet, with McNair as executive producer.

In 2009, McNair initiated and led the transformation of Palmetto Partners from a family office into a dynamic private investment and management company based in Houston, Texas. He restructured and expanded existing operations and launched a series of strategic growth initiatives focused on direct business investments and developments in real estate, medical assets, and public and private equity. McNair became CEO of the newly formed McNair Interests in 2016.

McNair serves as chairman of the board of Invectys Inc. and a director of EndoQuest Robotics Inc. and Xcath Inc. He previously served as a director of Xeris Pharmaceuticals Inc. and Goodwill Industries of Houston.